Make a stack of these savory cornbread waffles, and your next brunch or lip-smacking lunch is just a few steps away.  Add some crisp bacon and/or melted cheese, and you’ll want these waffles on repeat for weeks to come.  They are perfect for stowing in the freezer, offering an instant heat-and-eat option that’s healthy and satisfying. 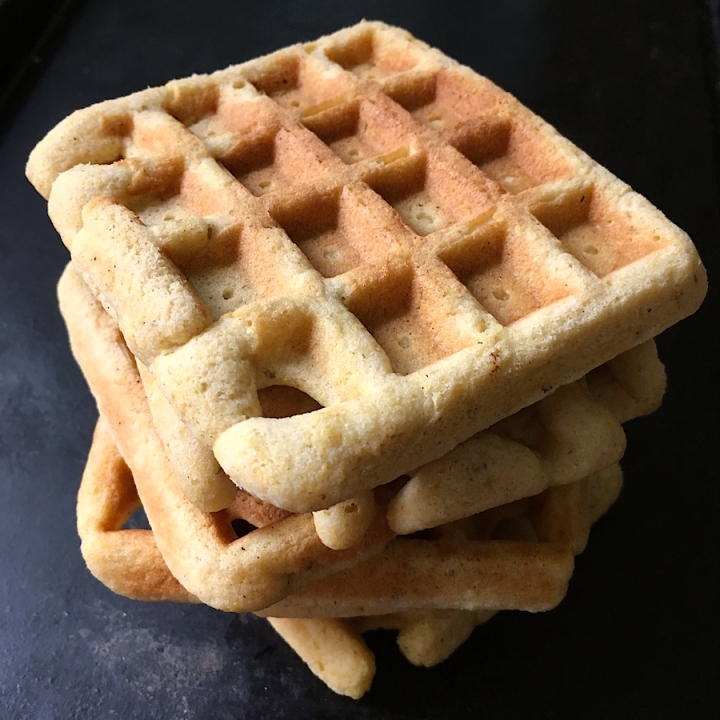 Don’t most things taste better in waffle form?  Cornbread is no exception. It’s probably fair to say that I have made more waffles and crêpes in my life than I have made pancakes. That’s probably due, in no small part, to my late grandmother’s influence.  Another reason that I pick waffles over other options they don’t require turning on the oven.

Simple, crisp, and elegant, waffles deserve a spot on the table beyond weekend mornings.  Add some bacon, grilled eggplant, fresh tomato, and melted cheese.  Then sprinkle with green onion and see if you don’t agree that your waffle iron is able to do more than earn its keep. 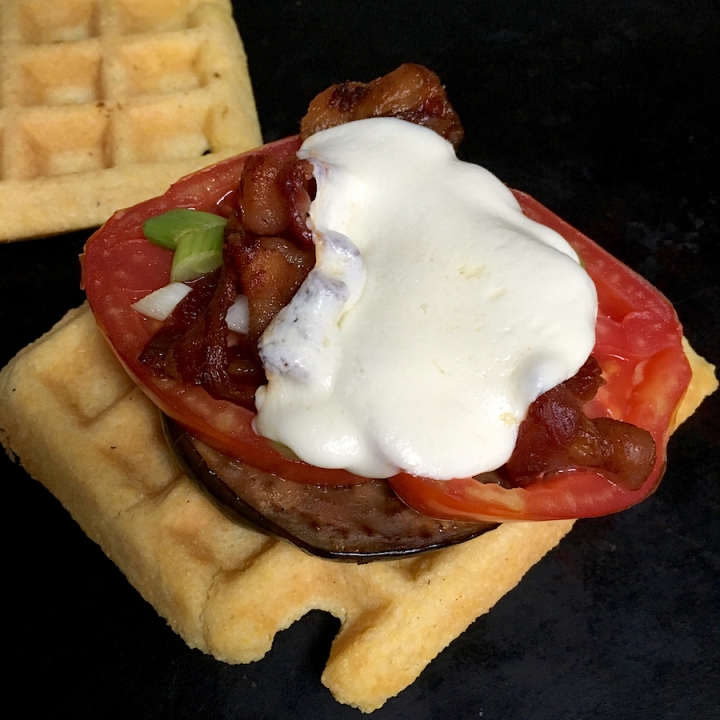 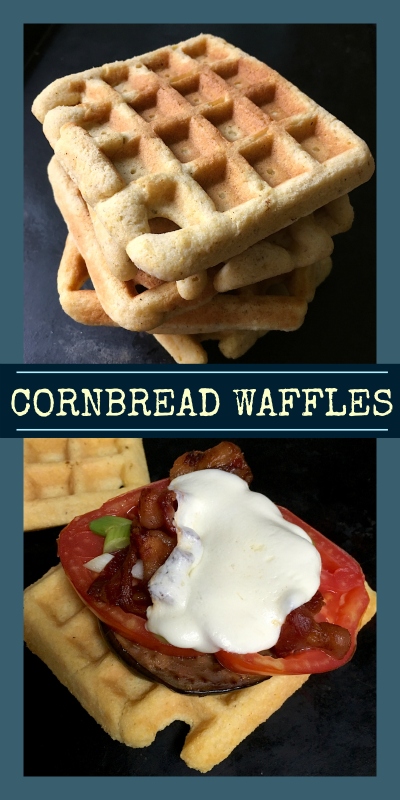 Sharing this here and here.